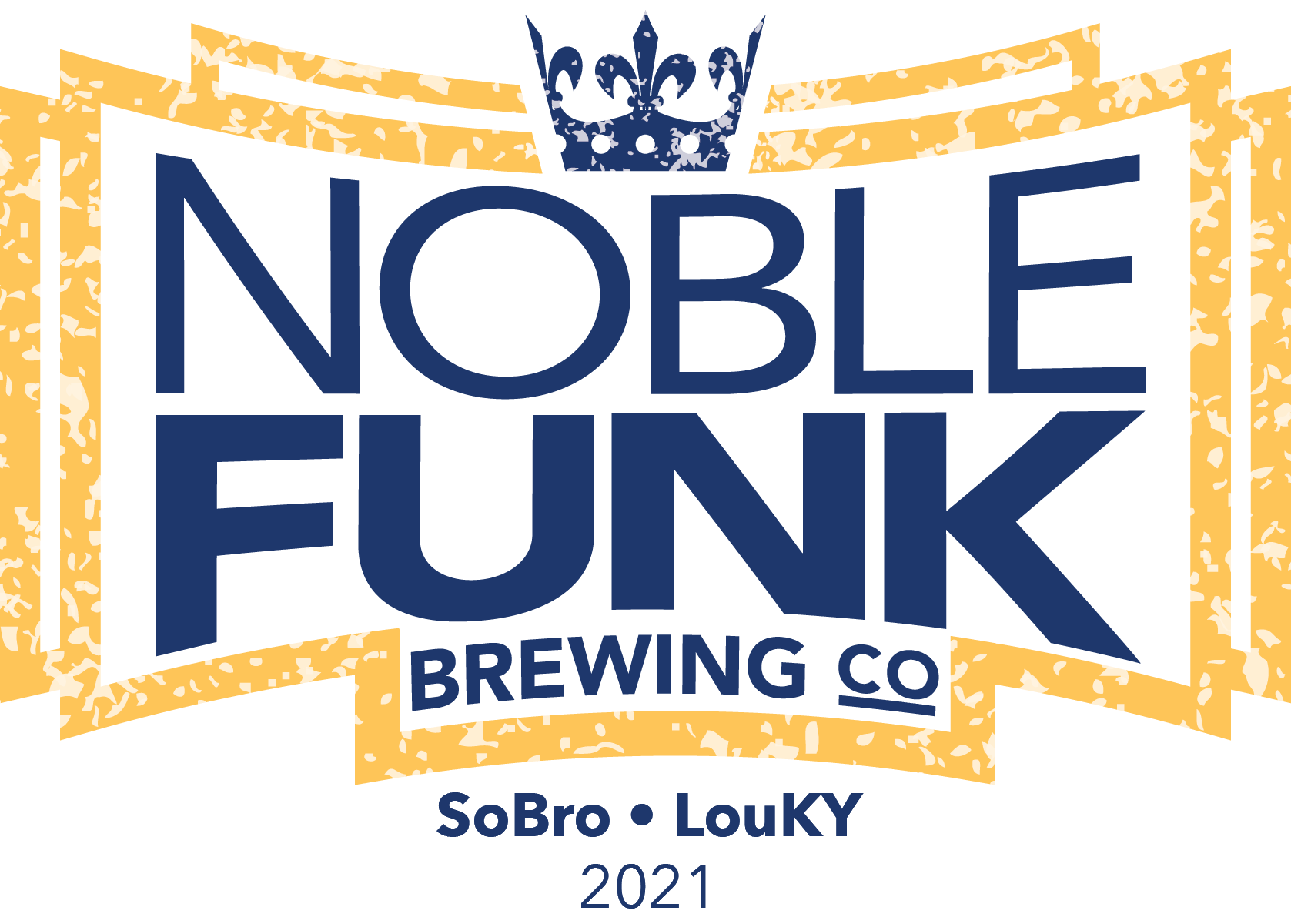 Good Brews. Good times. Good conversations. Our mission is to always provide all three while offering unsurpassed value, quality and exceptional guest service as a proud member of the SoBro neighborhood and Louisville community.

I’m sure there are nobler missions but in the craft beer world I can’t think of anything nobler than the first three sentences. It is my new mantra. This was my first visit to this recently established craft brewery in Louisville, KY and I think they have accomplished their mission. Of course, I will have to visit numerous times to verify. I would be remiss in not following up. Noble Funk has a modern style in an old neighborhood that blends with the area. I was impressed with how open the design is, but it also has lots of little spaces for groups to gather. My first impression was of being in a warehouse sized area but that quickly devolves into little spaces that are more intimate.

Dominique and Johnathan Shrader are from Louisville, KY so they were excited about starting something new in their hometown. With the help of friends and family they were able to bring to life their dream of starting a business in their hometown. Jonathan holds a degree in Biomedical Engineering from Purdue and Dominique holds a Journalism degree from Northwestern. Johnathan also has a Bachelor’s in brewing from the world-famous Siebel Institute of Technology in Chicago. They bring the technical and engineering expertise of Johnathan with the communications skills of Dominique creating an effective team. I was curious how a biomedical engineering and journalism degree leads to craft beer. Dominique expands on that question much better than I ever could so check out the following video.

“There is a time and place for every beer”, says brewer Johnathan Shrader. A sentiment I wholeheartedly believe. Add their mission statement and it is easy to see that they are sincere about brewing good beer. They had a broad selection of nine beers on tap when I was there ranging from an American style blond ale(Golden Oldie) to a dark and malty common ale(Schnitzelbrau). I tried the Mr. American single IPA. If you have never tried an IPA, this is a perfect place to start. It was an easy drinking IPA that wasn’t overwhelming on the tongue with a slightly dry finish. It is a west coast classic IPA according to Zack, their most experienced bartender. I feel it necessary that I visit again and try a couple more to make sure I have a proper appreciation for Mr. American as well the other craft beers on tap. Check out their current beer list here: Craft Beer Menu.

It is not just your average craft beer brewery. Located in the same building is Noble Hearth Craft Pizza. Each pizza is made to order and starts with the house-made dough. This is not your average pizza joint. They have rotating specials and a constant menu with appetizers, salads, and all of the classics if that is your thing. They have a little something for everyone. The hot marinara house-made flatbread paired well with the Mr. American IPA but I get the distinct impression that the flatbread pairs well with all of their craft beers.

It was a beer adventure to remember. Noble Funk Brewing Company just opened their doors in January of 2022 and have already made an impact on the neighborhood. They have taken an abandoned Kroger building and turned it into an oasis. I have always felt like the craft beer community is one of the most accepting and amiable groups I have ever had the pleasure to interact with and Dominique and everyone I met bear that out. Thank you, Dominique, for taking the time to speak with me. I am excited about their future and look forward to spending some quality time there getting to know every beer they offer.

If you would like more information about Noble Funk Brewing Company or would like to schedule an event, please email Dominique at, info@noblefunkbrewing.com or visit their website at: https://noblefunk.com/